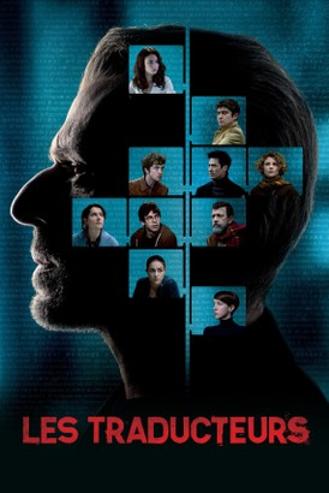 Being translators ourselves, we love watching movies with translators as the main characters, as they’re not very easy to come across. We also feel that they help lend visibility to translation and translators in general, which is something that our industry desperately needs.

If you haven’t watched the trailer yet, the movie is about the translation of a bestseller and it’s actually inspired by the process of translation of Dan Brown’s novel. The aim is to have a best-selling book appear simultaneously in various countries and so the translators are gathered into a luxurious bunker of sorts where they have to finish their translations with no contact with the outside world in order to avoid leaks. Nevertheless, soon enough, the 10 first pages are leaked and a ransom is requested, pushing the publisher to the extremes in his effort to find the culprit.

As you may have guessed already, the plot is much more about bestsellers, the commercial aspects of writing and publishing, and greed, than it is about translation. This article is not meant to be an actual review of the movie, but will rather focus on the translation-related aspects of the plot. If you’re looking for a more traditional review, we found this one on Hollywood reporter quite accurate.

So here are our main outtakes from the movie:

It’s not really about translation

Sure, the movie is called The translators and almost all the main characters are indeed translators, but translation itself is actually quite secondary to the plot. The main focus of the action is a bestselling book and the lengths its publisher will go to for commercial gain rather than translation itself. That is probably to be expected from a thriller, but it was a tiny bit disappointing. On top of that, the translators often seem like caricatures, largely based on stereotypes of their respective countries –the leftist Greek, the depressed Dane, the cocky Italian– rather than fully developed characters.

It does touch lightly on the significance of multilingualism

This is not a very profound movie; all its main themes are dealt with quite superficially around the thriller plot. However, one of the most tense scenes of the movie (tiny spoiler alert) involves the translators speaking to each other in various, less spoken, languages to avoid being understood. They switch and translate between languages to make sure everyone understands, as they don’t all share a common third language other than English and French. That scene is rather powerful for a language geek, because it does bring into focus the beauty of multilingualism, as well as the unique advantages it offers. It also underlines the significance of translation in international communication, which we are all for!

One of the things we rather liked about how the actual process of translation is portrayed in the movie is that, apart from a laptop, the manuscript and a dictionary (only one dictionary? Come on!), the translators are given access to a library supposedly containing books on all subjects of human knowledge. This is a nice touch, given that many people actually think that translation is simply about looking for words in a dictionary and writing them down. Translation is so much more than words; and it’s indeed very often that you have to delve into lengthy books and articles on a specific subject to be able to translate just one small word. However, ask any translator and we bet they will agree that today it’s close to impossible to translate without the Internet, like the characters are asked to! We’re so used to having this easy access to a trove of information that it would be quite challenging to translate without it.

To sum it up, if you’re looking for something light and entertaining to watch while in lockdown (or even out of it), go ahead and watch The translators. It ticks most of the boxes if a quick-paced thriller is what you’re after. Just don’t expect to find too many insights or original thinking about translation in there. Still, we’ll admit that having a film called the translators shown across the world makes us smile–translators for the win!